I know a lot of people (I include myself) will not enjoy talking about Winter let alone think about it, whilst we are all basking in the heat of the summer and wishing the work week away so that we can all enjoy some much earned Weekend fun in the sun.  However  it cannot be ignored that officials have claimed that that June 2016 was the hottest month ever recorded and some parts of the UK were hotter than most of Spain and Portugal. Global Warming is certainly taking effect.

As a nation we have been informed that we can expect our Summers to get hotter which in part most people are delighted with however with hot weather comes droughts and hose pipe bans not great news for the millions of Gardeners in the UK. But with good weather we have to be prepared for the Storms and floods that will hit our shores during the winter months.

The Storms in December 2015 were devastating and life changing to a vast number of families and business owners who had to deal with the effects of the UK’s flood defences not being able to cope with the strength of the raging rivers and streams that took over houses, pubs and even whole town centres.

Scientists have urged the Government to be better prepared for the winter of 2016 because the butterfly effect of a glorious summer will be more Storms in the winter. With this in mind Local Councils and Government agencies have sprung into action ensuring that their Flood plans are up to date and that they are fully aware of the condition of their Drainage systems to ensure they remain and act as a vital part of their Flood Alleviation plan.

Over the last few years Draintech has been assisting Local Councils and Natural Resources Wales to ensure that their assets are of good condition by carrying out Conditional Surveys of the network. With one of our many specially designed cameras were able to advise the grading of the pipes and the best way to repair any damaged sections.  We have also been able to plot and map the exact routes of large culverts and the sewage network so that our clients understand fully where the excess water runs-off to during large downpours.

As a nation we all have to prepare ourselves for not only hotter summers but volatile winters. We are proud at Draintech for being a small cog in a large  nationwide plan to ensure that lessons have been learned from the recent floods and that any impacts of future flooding is limited and the risks mitigated through effective planning. 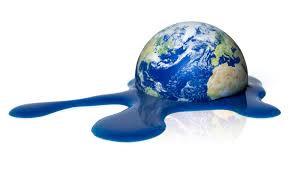